What is Mariachi? What is a Mariachi Band? — Things You Should Know

Home/Mariachi Band/What is Mariachi? What is a Mariachi Band? — Things You Should Know
Previous Next

What is Mariachi? What is a Mariachi Band? — Things You Should Know

Have you heard of a mariachi band from someone before? And you find it an interesting topic to know more about. Or you saw an exciting performance from a mariachi band today and you want to dig a little. After all, what’s Mexican culture doing so strongly in the US?

It’s no surprise that the mariachi band is a bit of a puzzle to you here in Arizona. That’s okay because we borrowed this kind of music from the culture of Mexicans. And the beautiful wings of this music have been spread abroad—far and near Mexico. In fact, in 2011, UNESCO even named mariachi as part of the Intangible Cultural Heritage of Humanity.

We will solve all your puzzles in this article. Keep reading as we answer the questions in your mind. 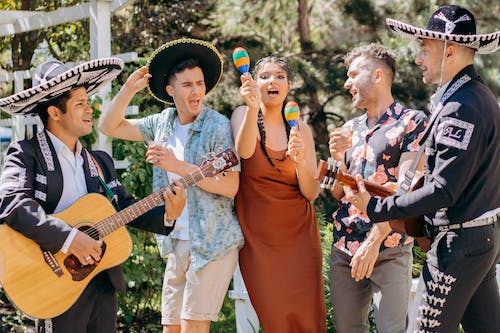 What is a Mariachi Band?

A mariachi band is a genre of Mexicans composed of four or more musicians dressed in matching attire playing a particular music style called mariachi. Their musical instruments consist of violins, trumpets, an acoustic bass guitar called a guitarrón, a high-pitched, and a five-string guitar called a vihuela. And all the players take turns singing lead and doing backup vocals.

You can easily identify the mariachi band by their:

So, you can easily place a finger on them almost immediately after you see them.

The Name (Mariachi)—What You Didn’t Know

The origin of the name–Mariachi has been a bone of contention for centuries now. And even to date, there’s no common theory that is generally accepted.

People once believed that the word Mariachi was derived from the French word ‘mariage’, meaning marriage in English. This explains why mariachi was common in wedding ceremonies.

But just as this theory was about to sink our brains and become the world’s truth, it was disproven—thanks to the letter that was discovered in the archives of the church in Mexico in 1981. In the letter, Father Cosme Santa was complaining to the archbishop about the noise of the mariachis in the church. The letter was dated 1848, long before the French arrived in Mexico.

So, lots of contradictory origins make it difficult to verify one as the truth. Making the origin of the name a bone of contention to date.

A Brief History of The Mariachi Band

Knowing the different origins, the name “mariachi” might have spilled from, you might have felt like you were already learning its history. Nope! Let’s take you into its history now. 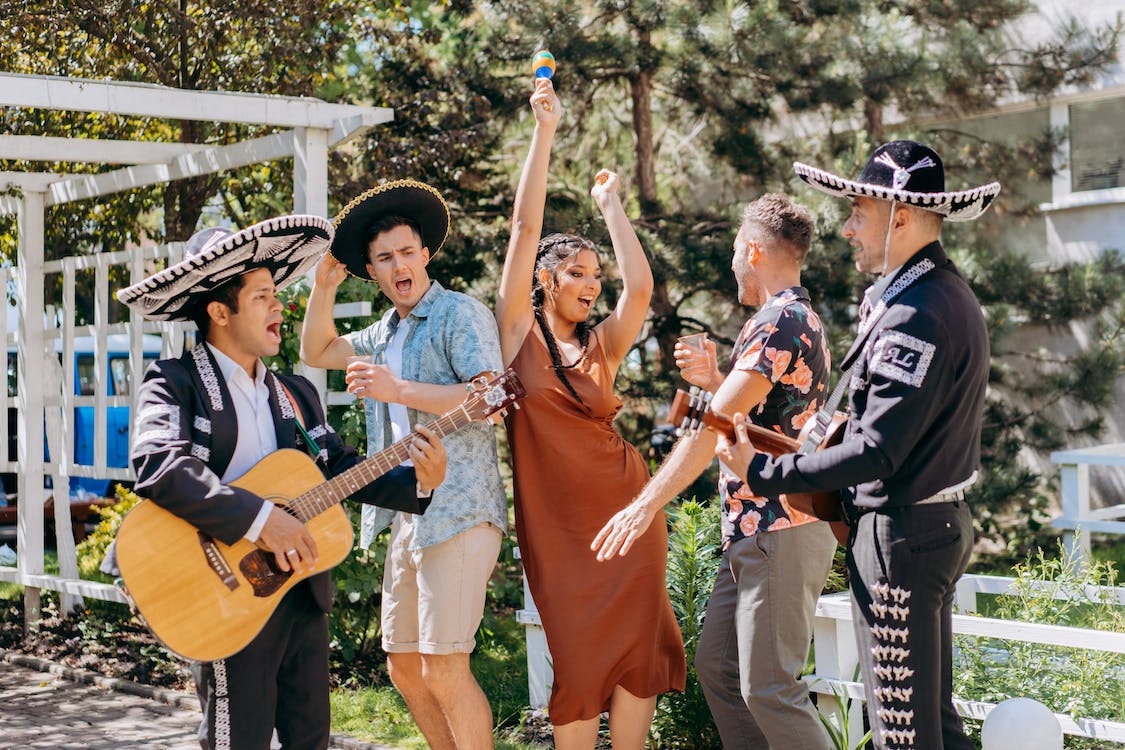 Before the Spanish-Aztec war, the Americans played music for religious celebrations with flutes, rattles, and horns. The Spanish introduced them to violins, harps, brass instruments, and woodwinds. As soon as they introduced these instruments, they replaced the old instruments almost immediately. And they played it in a better manner.

Apart from the amazing instruments the Spanish introduced, they also introduced the concept of musical groups, usually consisting of violins, a harp, and various guitars. This grouping concept brought about several folk musical styles in Mexico. The son was one of these styles. The Son was later divided into various regional varieties.

Mariachi music developed from the son style. In the 19th century, the difference between the mariachi and the older son gradually became obvious. And this difference came from the modification of music. By the end of the century, the Mexicans fully claimed the music from the Europeans.

And after the Mexican revolution, the mariachis groups began to earn from the music. And this mariachi group is now what we all know as the mariachi band.

That is the history of their existence.

Mariachi Music in the United States

Over the years, mariachi music has seated so deeply in the civilization of the United States. You might even forget that the music is not owned by the US. Lots of mariachi companies are flooding the city. And it’s still on an increase.

Around 1950 and 1960, some organized mariachi groups entered Los Angeles -the largest city in the U.S. state of California.

In 1961, Nati Cano organized Los Camperos- the best-known U.S. mariachi and the country’s pioneer group in popularizing the music. He then opened La Fonda restaurant in Los Camperos, the world’s first venue designed to show off a mariachi. Other groups in the U.S. followed suit across the board. And gradually, the U.S. became the capital of mariachi music.

Q: What is interesting about mariachi music?

A: Mariachi music conveys stories that can resonate with everyone listening. The music usually brings to the spotlight great moments in people’s lives. The song touches on rites of courtship, rural life and its people, animals, plants, and other interesting themes.

Q: What defines a mariachi band?

A: Mariachi is a genre of Mexicans dressed in matching attire. You can easily identify them by their choice of musical instruments — violins, acoustic bass guitars, five-string guitars, and trumpets. Their music all follows the same pattern. And all these are what set them apart.

Now that you’ve gotten the answer to those hanging questions you had. Do you want to experience mariachi music for yourself? No big deal. You are just at the right place. We have been into mariachi music for more than 40 years. And with our vast music collections, we know just the best to play for every moment on every occasion.

What makes us stand out from other mariachi bands is that we schooled most of the mariachi musicians here in Tucson for the last 30 years. And we are very confident that you will love our music after we play it because we are doing what we love and we’ve been doing it for years. Reach out to us!