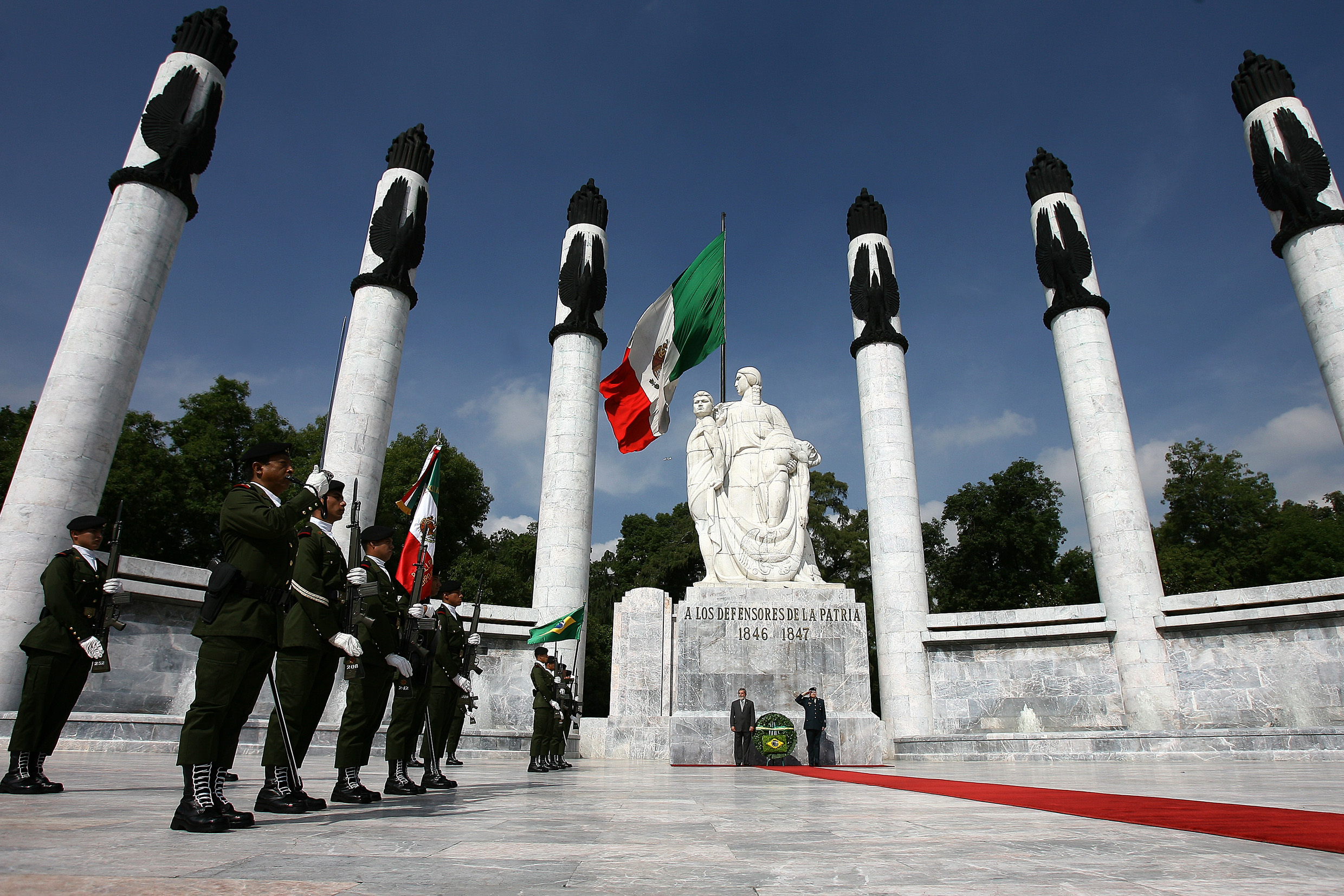 September 13th marks the anniversary of the Battle of Chapultepec in 1847. The Castle Chapultepec served as Mexico’s military training academy before the Mexican-American war. Young cadets trained at the castle and despite the geographic advantage of being 200 feet above much of the surrounding landscape (natural fortification), the American troops outnumbered forces at Chapultepec in number and gun power due to lack of resources at the castle. Despite the “victory” of American soldiers in this battle, many Americans (Abraham Lincoln and John Quincy Adams) felt there was little to no rational to attack.

General Antonio Lopez de Santa Anna (of the Mexico City forces) recognized the strategic advantage Chapultepec castle could have, but lack of resources and

manpower eventually was the largest pitfall. General Nicolas Bravo commanded the forces at the castle to evacuate upon the attack of American troops. Despite orders, six young men refused to leave and faced the Americans. These men ranged from 13 to 19 years old, young children by today’s standards (and still fairly young at their time of death. Their names were Juan de la Barrera, Juan Escutia, Francisco Marquez, Agustin Melgar, Fernando Montes de Oca, and Vicente Suarex. It is thought that Juan Escutia wrapped himself in a Mexican flab before jumping to his death, which is now a mural at the castle. These men live on in memory today at the memorial in the Chapultepec Park in Mexico City and they remain impressive and interesting figures in Mexico’s history. Schools, roads, and public squares have been named after these 6 heroes, using names or the collective title “Ninos Heroes.”

At the 100th anniversary of the Battle of Chapultepec, Harry S. Truman (president at the time) visited the monument and insisted upon a moment of silence to honor and respect the six cadets. When asked why Truman felt went to the monument, he stated “Brave men don’t belong to any one country. I respect bravery wherever I see it,” showing that Americans and Mexicans can agree that bravery is to be respected and that not all Americans support every war.

Why are we talking about this today? Well, you could celebrate this year’s Los Niños Héroes anniversary in Mexico, or you could celebrate with family and friends and honor the lives of those who died in the Mexican-American War. Help keep Mexican culture alive by hiring a Mariachi group for a mini-festival before Mexican Independence day. If that’s not your thing, wait a few extra days and celebrate Mexican Independence day knowing a little more about the wars and battles before the Mexican Revolution of 1910. Freedom needs to be fought for, and unfortunately that means lives may need to be sacrificed. Celebrate for those who could not. Hiring a Mariachi band will just make it more fun and give the little cultural pop a great festival needs.